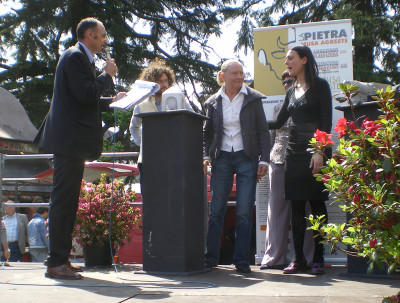 Domodorossa award in Italy for “Temple of Mother Nature”

Posted by tanyawm in Uncategorized On Apr 25 2015

see my final work on the official website of the competition

** “The artist was asked to consider the stone material used for the creation of the sculpture the Serizzo Antigorio, should accomplish the subject: Bruna Alpine breed of cow in its real size.

The Pastoral Muse could be freely interpreted in its historical and social context: as a companion of man, mother and woman in the rural environment, as a creator of resources, as a metaphor of fertility, maternity, a bearer of austere, intimistic love and so on.

Surrounded by the Alps, the Verbano Cusio Ossola territory, is considered to be a land of nature. Here the harmonic sense of creation, has shown its expression through giant rocks, coloured flora and mysterious fauna.

The lakes Orta,Mergozzo and Maggiore, mirrors of the sky, have represented elements of communication and exchanges from the Celts until nowaday.
This territory, full of emotions and traditions , alternates the four seasons, following the spontaneous beat of the earth, offering to residents and tourists its blooming semplicity.

It is in this area that men, since remote times, have connected and related their existence, with the expression of their surroundings, considering nature, not only as a landscape, but as a faithful accomplice, companion and vital lymph.” 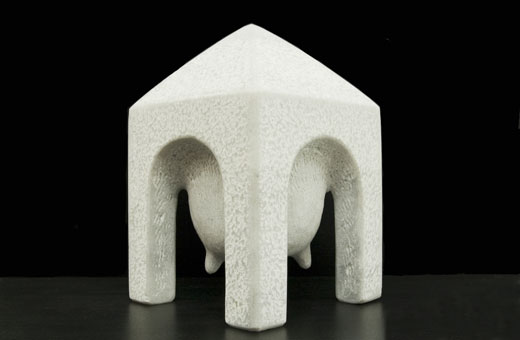 Domodorossa award in Italy for "Temple of Mother Nature"Saturday, April 25, 2015tanyawm
0
« Tsinghua University Centennial – Shui Mu Tsinghua “An International Sculpture ... (Image)
It would be so (Image) »